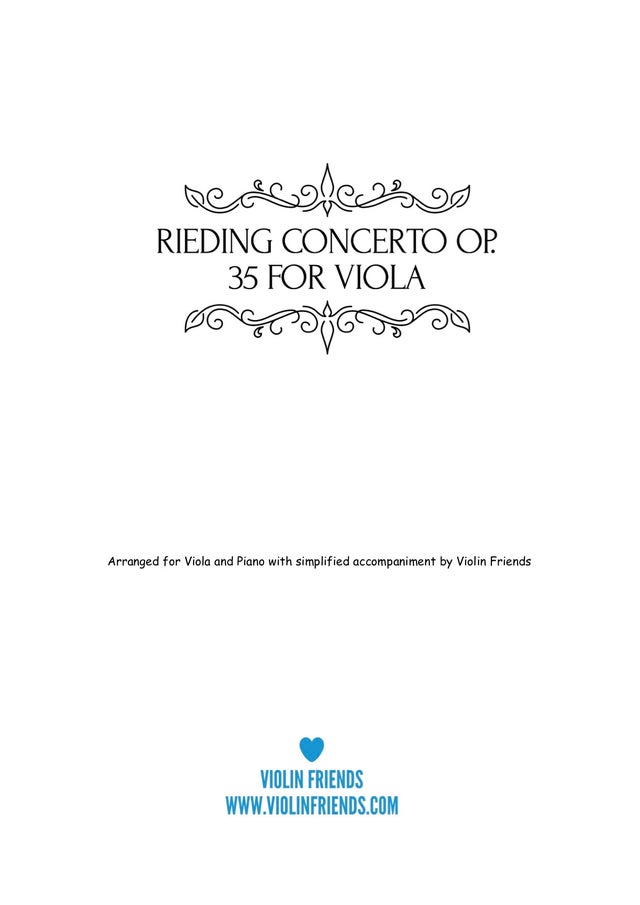 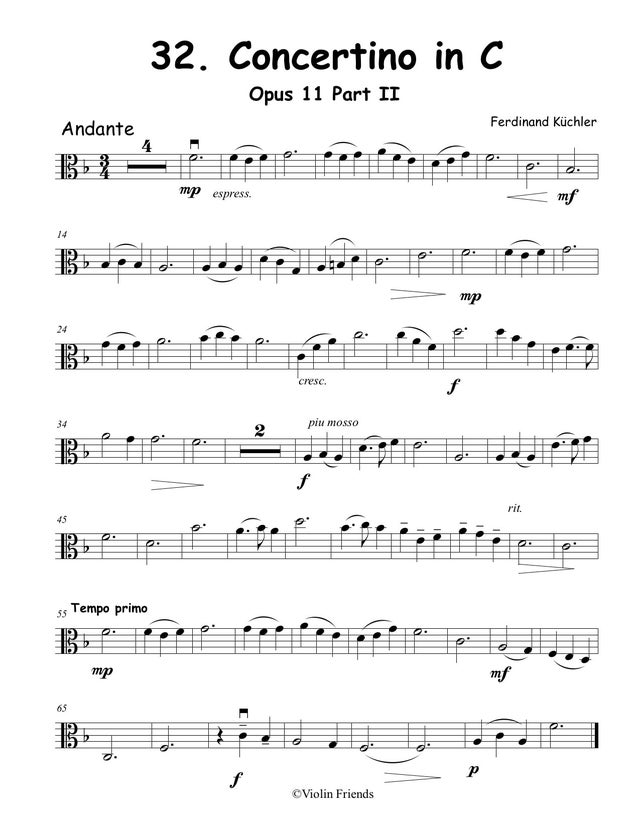 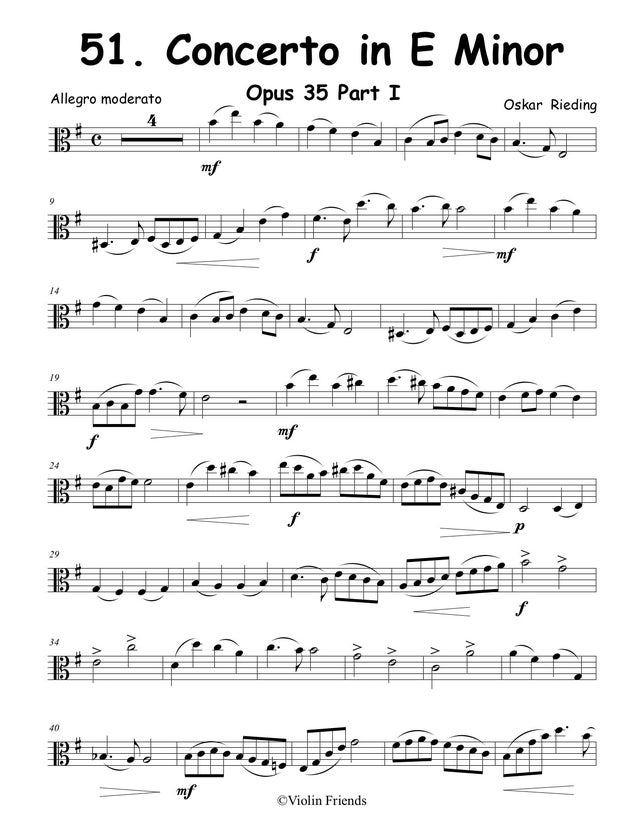 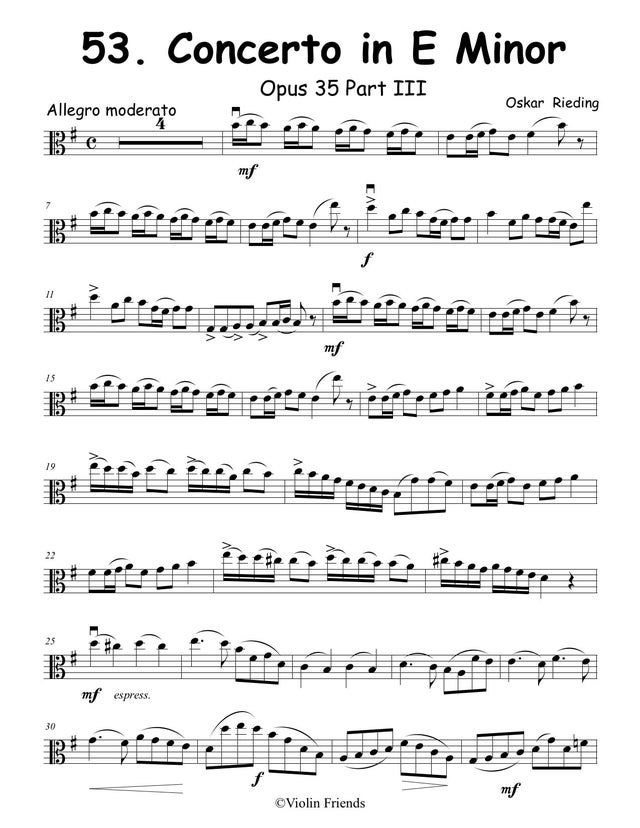 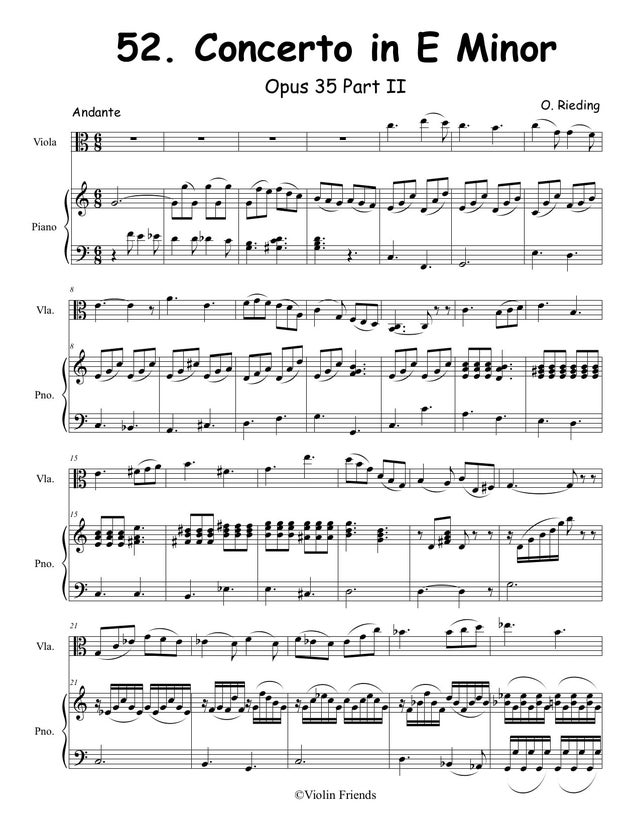 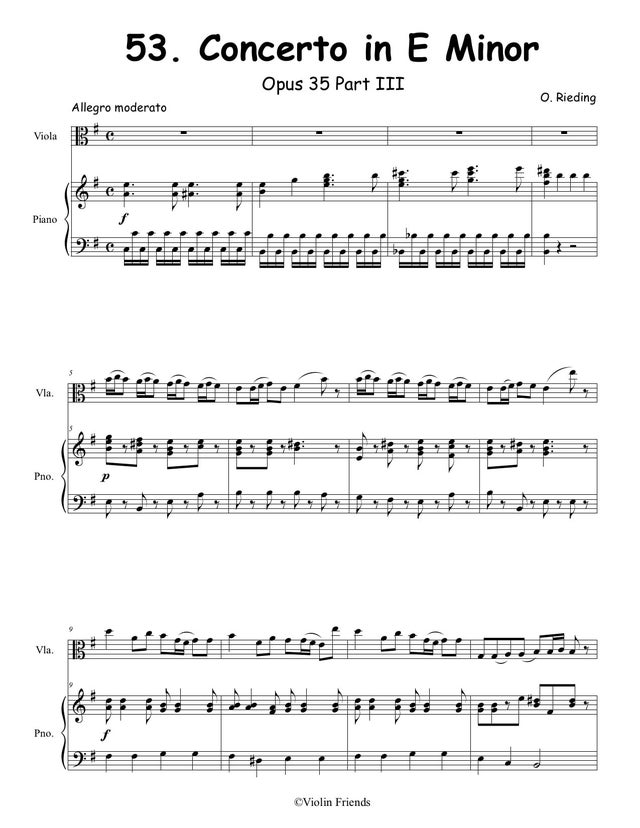 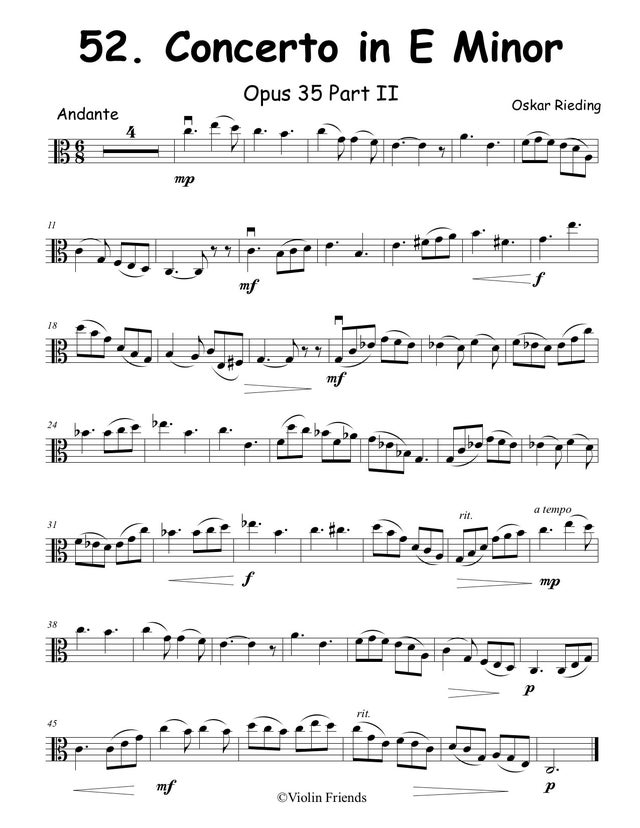 Concerto Op. 35 for violin and piano arr. for Viola with simplified piano part

Oskar Rieding's greatest claim to fame lies in his contribution to Hungarian music, and in particular, the musical life of Budapest. He attended first the recently founded Academy of Musical Arts [de] in Berlin, and later the Leipzig Conservatory. At the end of the 1860s he moved to Vienna, but in 1871 the conductor Hans Richter, at that time Musical Director of the National Opera House in Budapest, appointed Rieding concertmaster. He remained there for thirty-two years, during which time he composed some violin concertos and many pieces for violin and piano. Many of these pieces are appropriate for intermediate-level violin students, and they are still studied and performed by violin students today. After his retirement in 1904, he lived in Celje, continuing his activities as teacher, composer, and performer, until his death in 1916.