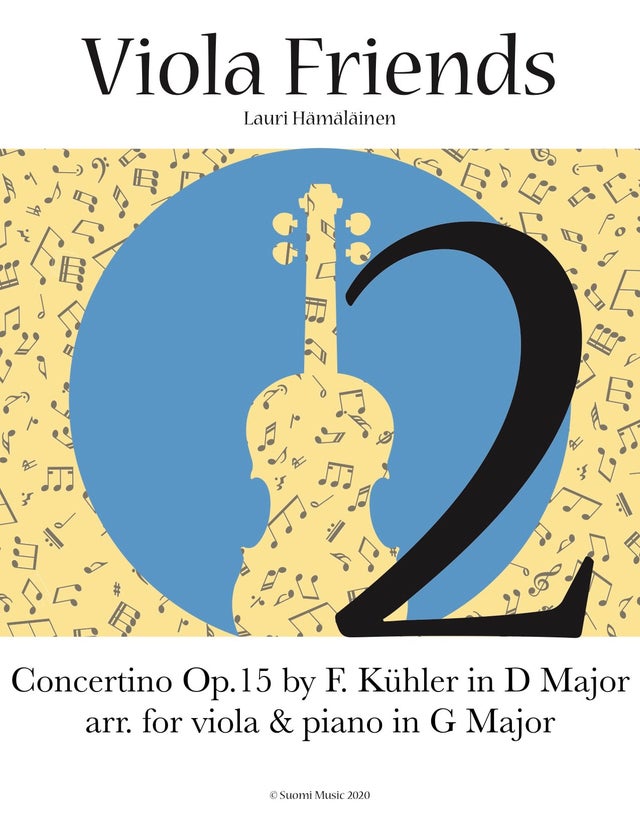 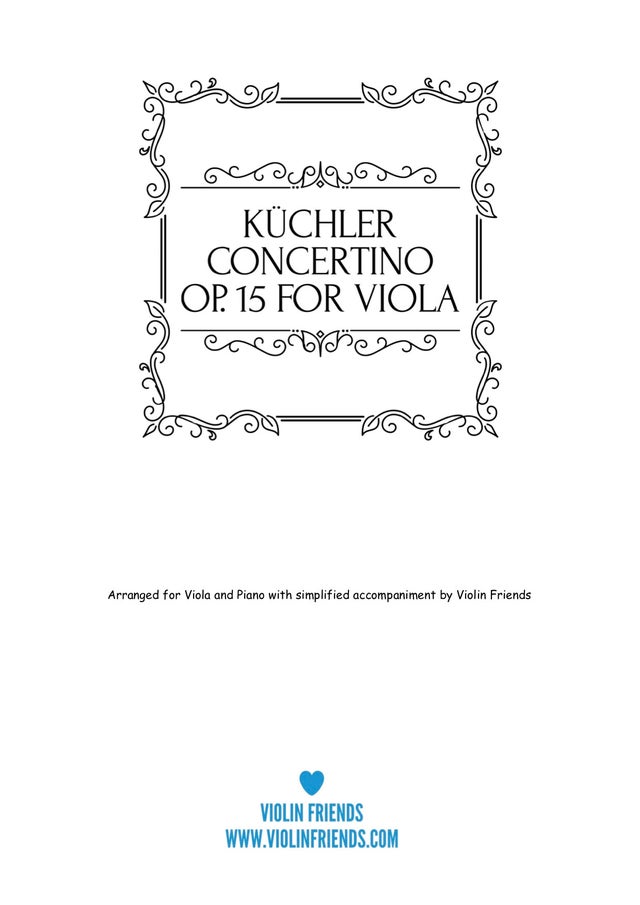 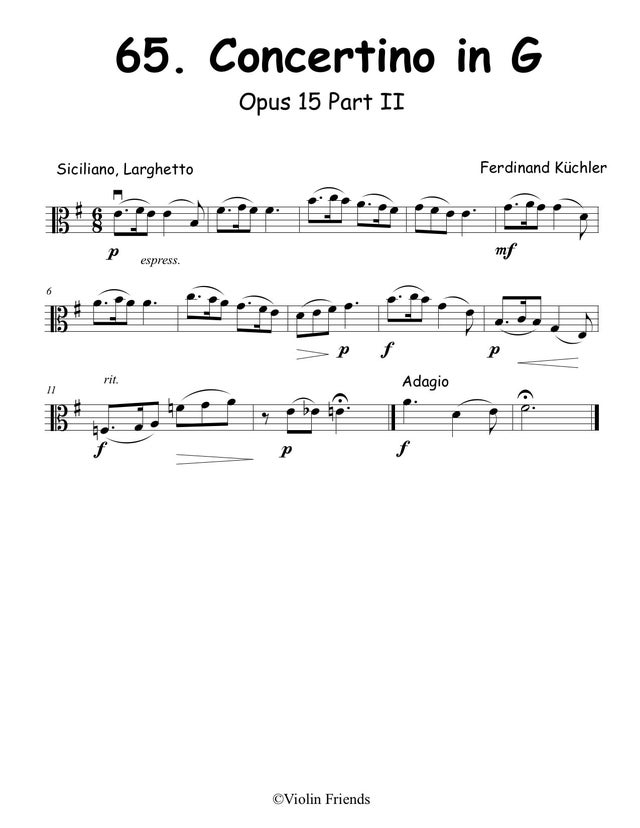 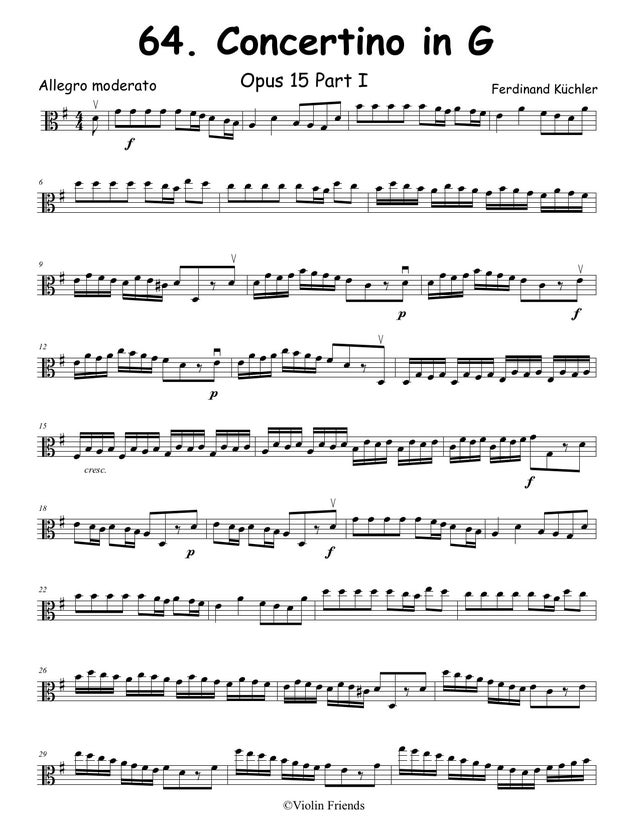 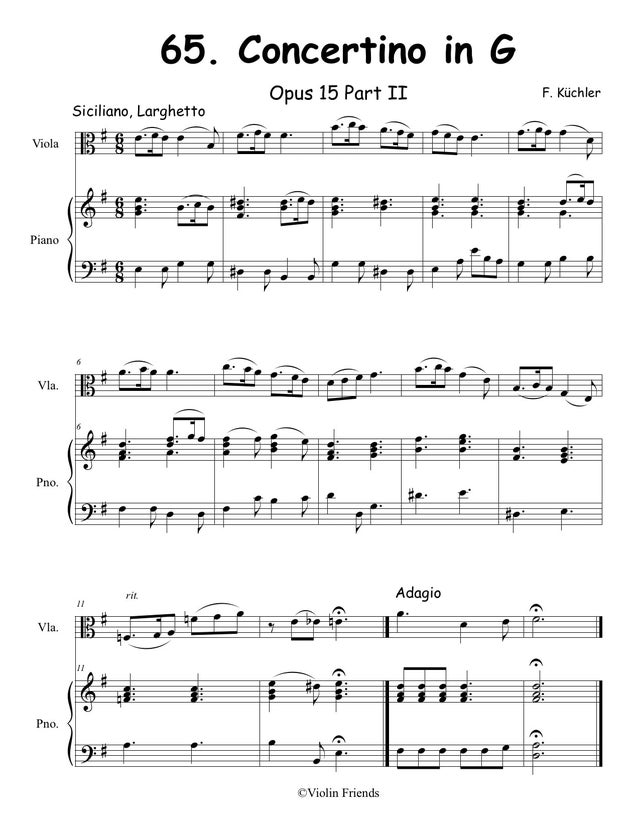 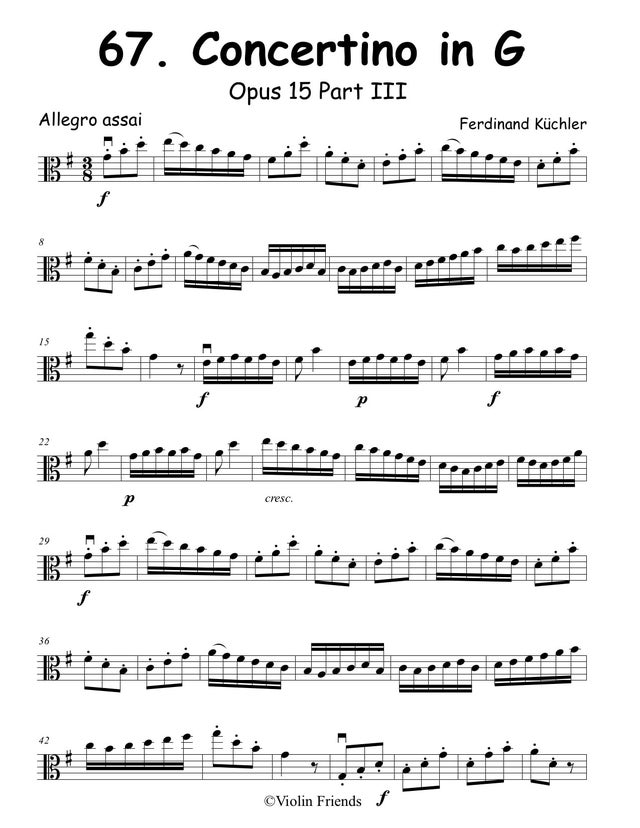 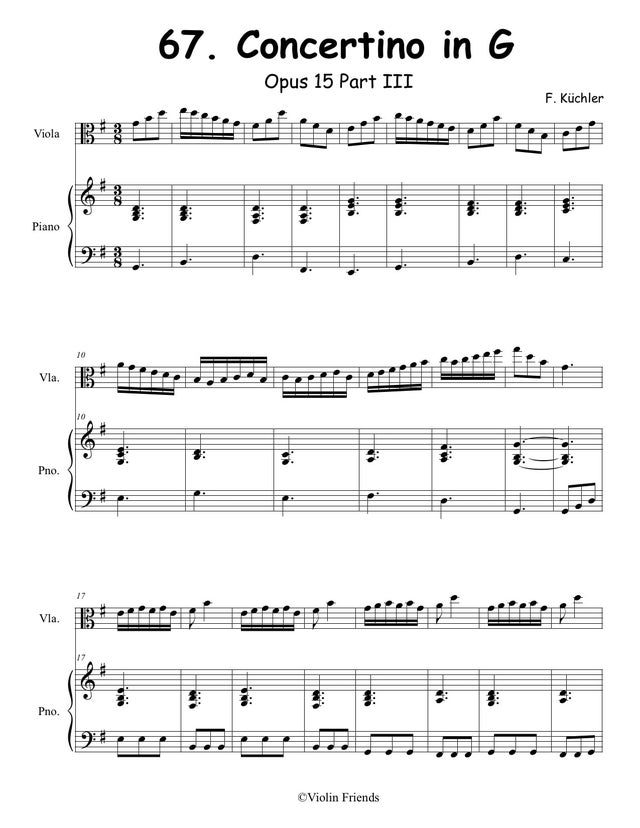 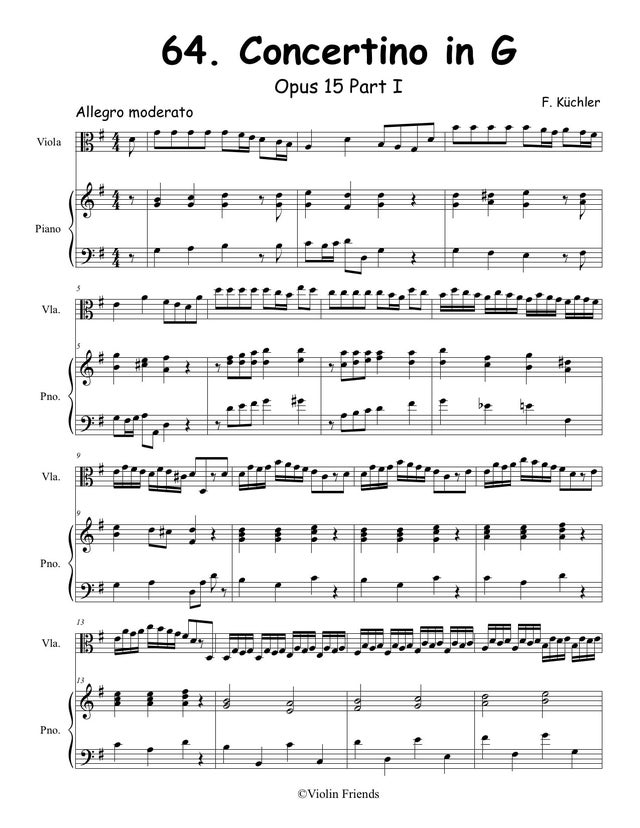 F. Kühler Concertino Op. 15 for violin and piano arr. for viola and piano

Küchler studied took his first job as principal violist of the Symphony Orchestra in Basel, also playing viola in a string quartet, and later began teaching violin at the local music school. In 1898 he was appointed a violin teacher at the Hoch Conservatory in Frankfurt, and was also violist of the Heermann Quartet led by his former teacher. Küchler returned to Basel in 1910. The following year became director of a private music school and worked as a choral conductor. From 1927 to 1936 he taught violin at the Landeskonservatorium der Musik zu Leipzig (State Conservatory of Leipzig).